WILLIAMS STANDS BETWEEN BARTY AND NO.1 RANKING 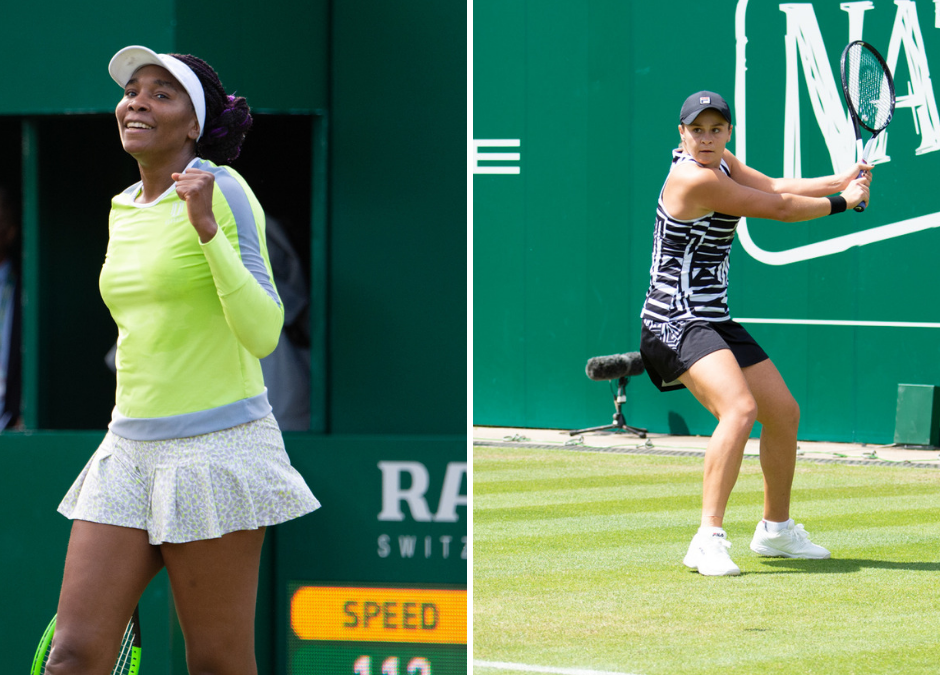 Five-time Wimbledon champion Venus Williams will be hoping to stop Ashleigh Barty’s winning run and halt the Australian’s charge towards the World No.1 ranking when the pair face each other in Friday’s quarter-finals of the Nature Valley Classic, an LTA summer grass court event.

Barty won her maiden Grand Slam singles title less than two weeks ago and has brought that stunning clay-court form onto the immaculate grass courts of the Edgbaston Priory Club. Thursday saw her deliver another near-flawless performance to overcome Jennifer Brady 6-3 6-1. The defeat of World No.1 Naomi Osaka at the hands of giantkiller Yulia Putintseva, also on Thursday, means that Barty could claim top spot in the world rankings for the first time in her career if she keeps winning in Birmingham and ends up lifting the Maud Watson Trophy on Sunday.

“The stars have aligned a little bit for me, and I think when you get those opportunities you have to do your best to take them with both hands,” said Barty. “That’s what we have been able to do over the last month in particular, but, yeah, I mean, I feel like I’m comfortable in my own skin. I feel like I know exactly how I want to play in most matches, and it’s just about going out there trying to execute as best I can.”

Williams, the winner of seven Grand Slam singles titles in total, is bidding to win the 50th WTA Tour title of her career here in Birmingham and will present a sizeable challenge for Barty. The 39-year-old American was much too strong for Qiang Wang in their second round match on Thursday, firing the winners and ferocious serves she was known for in her pomp.

“I think the focus today was really there. That was great. My opponent she also played well and it was nice to have answers to her play,” said Williams. “Ash’s playing well on the grass too. It’s not easy to get to these quarter-finals. No match is easy. I’ll have to have a feel for it tomorrow and see what works.”

Also in quarter-final action on Friday will be the all-Czech battle between qualifier Kristyna Pliskova (whose victims this week include her much higher ranked twin sister Karolina) and Barbora Strycova. Petra Martic and Johanna Konta’s conqueror Jelena Ostapenko face each other for a place in the semi-finals; while Julia Goerges and Putintseva will round off what promises to be another day of high quality tennis on the Ann Jones Centre Court.

The order of play for Friday 21st June may be found HERE.