VIKING CLASSIC DAY 2 – LEYLA’S ROUND UP 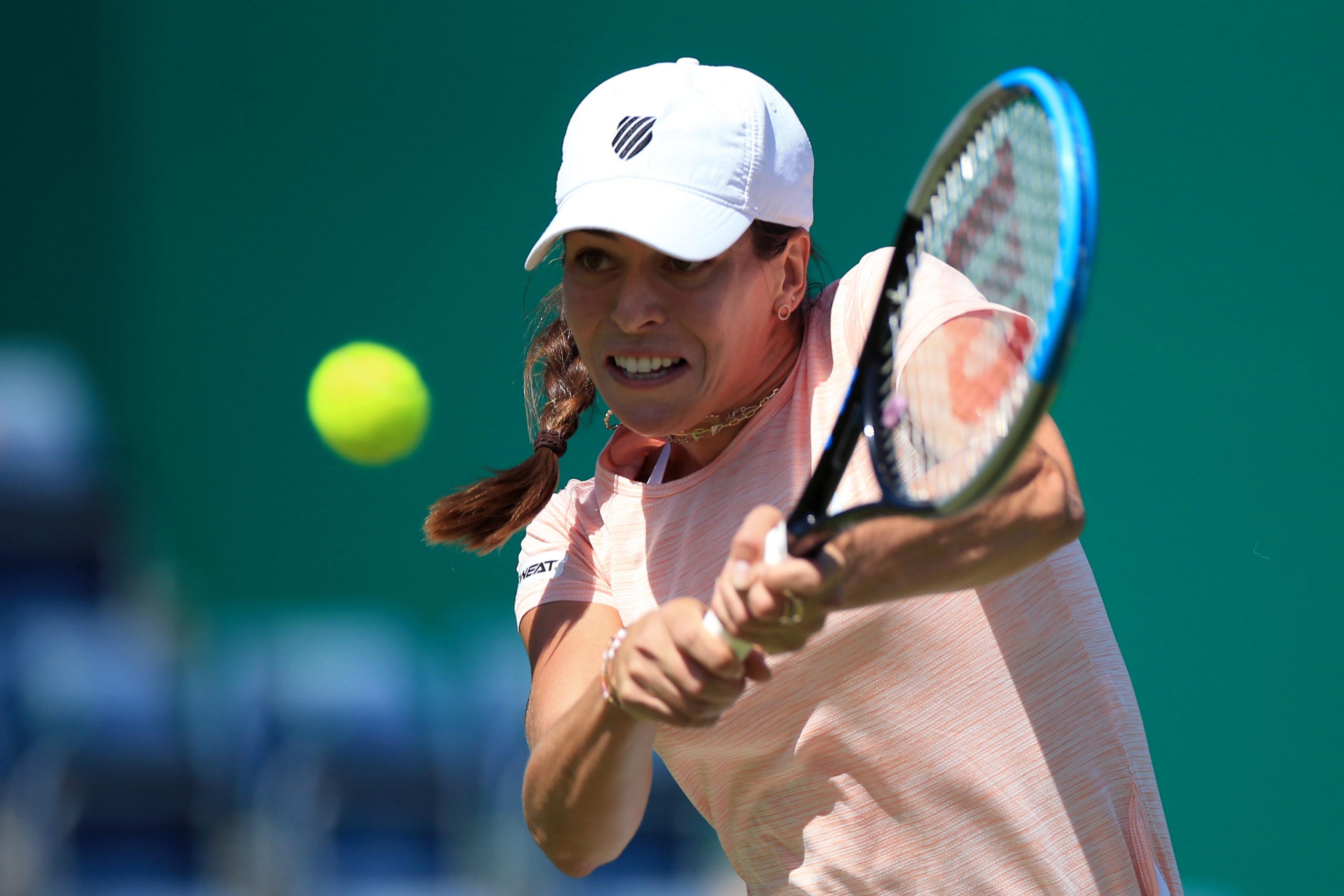 Leyla’s predictions for Day 2 were bang on!

Ajla Tomljanović delivered a big upset today by beating top seed Elise Mertens in a blockbuster opening round match – one of the best matches we’ve ever seen at the tournament.

“I didn’t expect to play that well,” she said. “But I came out and thought I’d just do my best. I was actually just happy that it was a great match but with the outcome I’m even happier.

On her return to Edgbaston Priory Club, Tomljanović said

“I just love this place; I love the people. The crowd is always great. Usually I always go to the movies and to the Mall when I’m here but obviously this year that’s not the case. It’s really that and the people that keep me coming back here.”

Elsewhere No.2 seed Ons Jabeur, from Tunisia, made a winning start to the grass court season by beating American Caty McNally 6-4, 6-2 in just over an hour.

Kasatkina came through a great grass court battle against Hercog which should boost her confidence for the rest of the week.

The big hitting former Roland Garros champion and Wimbledon semi-finalist blasted her way into the second round to finish off the matches on Centre Court.

On Court 2, there was a disappointing loss for the British pair, Watson and Dart, in the doubles but they lost to fellow Brit, Bains who is through to round 2 with her partner, Martincova.

Lots of our juniors and performance players are working at the tournament this year, including hitting with players and getting valuable experience behind the scenes of the tournament.

First up on Centre Court on Wednesday is Marie Bouzkova seeded 8 from the Czech Republic is up against the French player, Caroline Garcia.

Bouzkova is in form, enjoying a consistent season, with more confidence than Garcia – look out for confident, aggressive play from Bouzkova.

Third up is the big power hitting of the miniature Italian, Giorgi against an experienced grass court player in the third seed, Donna Vekic, a previous Classic finalist.

When Giorgi’s game is on she’s unbeatable but Vekic has all the tools to upset her game.

Last up is Watson against Zhang.  Zhang made the final of Nottingham last week so is comfortable and confident on the grass but we all know Heather performs well with the the support of the crowd.

So make a nosie and back Heather for the last match of the day!