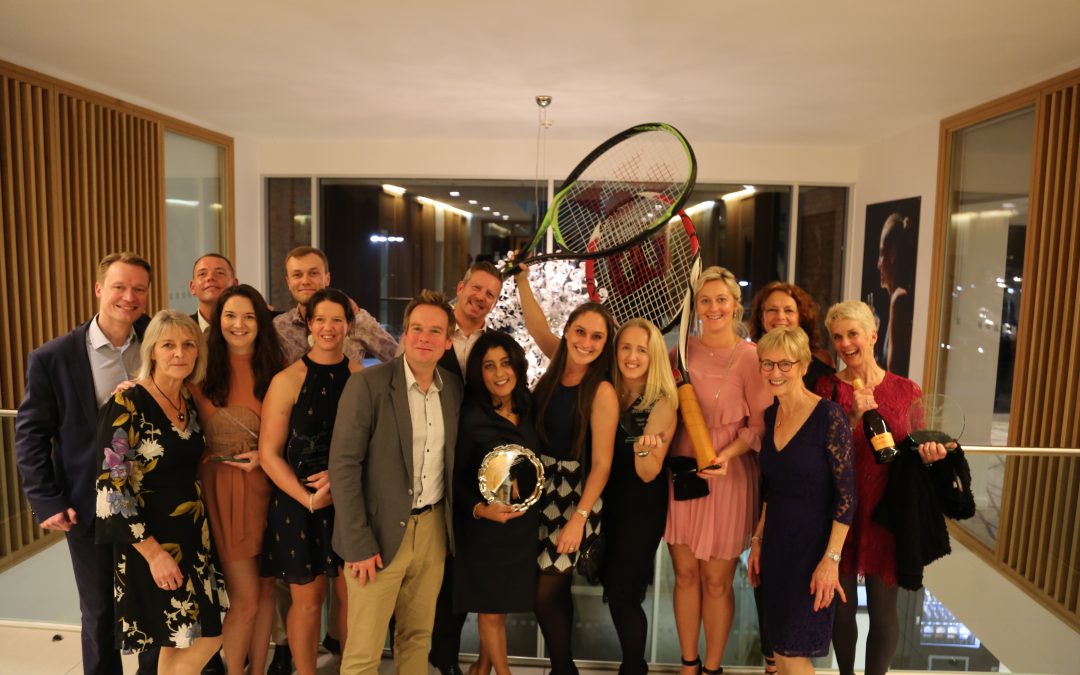 Members of Edgbaston Priory Club came together to celebrate another fantastic year of achievements for its tennis players and teams at the annual Tennis Team Awards on Saturday 16th November.

A sell-out event saw 10 awards handed out on the night, including the prestigious Roger Aitken Award – an annual award in memory of the club’s former Chairman who brought the Edgbaston and Priory clubs together following the devastating fire at Priory Club in 1963.

Given to a member who has given consistent and outstanding support and commitment to tennis and the club, this year’s Roger Aitken award was presented to Najma Razaq.

Click on the gallery below to see the award winners:

The Club enjoys a thriving tennis community, fielding over 50 teams in local regional and national leagues.  The standout achievements in 2019 included:

Huge thanks and congratulations go to our team players who represent the club at many levels, the team captains who work so hard to get their squads and matches organised and motivated to win and Leyla Ogan, Head of Racquets, and her coaches who pull everything together to make it all happen.

COME AND JOIN IN THE FUN!

Whether you’re a seasoned tennis player, a bit rusty or an absolute beginner, Edgbaston Priory Club offers a range of activities for complete novices through to advanced players.  For more information on membership and to book a tour of our beautiful club contact Andrea Brown our Membership Manager on 0121 440 2492 or book a tour online