The 3rd September 2019 marks the 80th anniversary of the outbreak of World War II. The colossal contribution of the city of Birmingham in providing supplies and soldiers, and in suffering the sacrifice brought by the Blitz, is well known. The Edgbaston and Priory Clubs – then separate but neighbouring – were at the heart of those events. 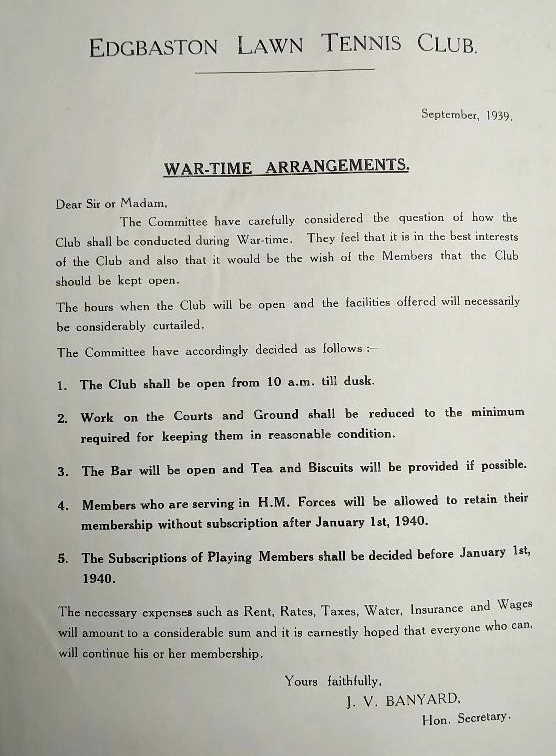 As soon as war was declared, Edgbaston Lawn Tennis Club announced changes to its arrangements: opening hours were reduced, work on the courts and grounds was curtailed, and catering facilities were put on stand-by, anticipating shortages. The subscription fees of members serving in the Forces were suspended, and officers serving in the area were given access to the club. At the Priory Club, most of the grounds were given over to grazing sheep and cattle.

Major competitive events including the Midland Counties tournament came to an end, and though the Edgbaston committee “earnestly hoped that everyone who can will continue his or her membership”, subscriptions inevitably declined as the war lengthened and its demands on all parts of society became greater, whether for military service or to organise the home front. In the first year of the war one in six of Edgbaston’s members resigned, attendances at AGMs shrunk to a sixth of their peacetime size, and the ordinary committee and the Ladies’ AGM disappeared altogether. By the end of the war, the club was surviving on subscription 60% lower than in 1938. Despite these challenges the two clubs kept some activity going: coaching, the junior tournament at Edgbaston and an August Bank Holiday competition at Priory in 1944 kept the flame alive.

The war also had a direct and sometimes tragic impact on members. During an enemy attack on Edgbaston in November 1940, Priory member Elsie Wood had to run from the court to take cover in Arthur Road when German bombers machine-gunned the grounds before being chased away by Spitfires. Club Chairman, Harry Payne, lost his son Douglas who was killed whilst fire watching at Payne’s timber yard in Aston.

With victory in May 1945, both clubs resumed activity quickly. An early celebration of peace came with a charity Inter-Services tournament, three months later, in which familiar figures who had fought in the war participated. Donald Butler, later a Priory Life Member, who had played Herman David in the Midland Counties final of 1939, joined Squadron-Leader Dan Maskell, coach of the 1933 winning Davis Cup team, for Great Britain; the Australian Air Force team included Flight-Sergeant Bill Sidwell, who played alongside Priory rising star Tony Mottram in the 1947 Wimbledon doubles final.

The post-war era was one of growing membership and prestige for both clubs, and within twenty years they had merged to form the Edgbaston Priory Club.

On September 3rd we take particular care to remember the sacrifice and resilience of those who served both club and country and members alive today whose lives, and that of their families, were forever marked by the horrors of World War II. 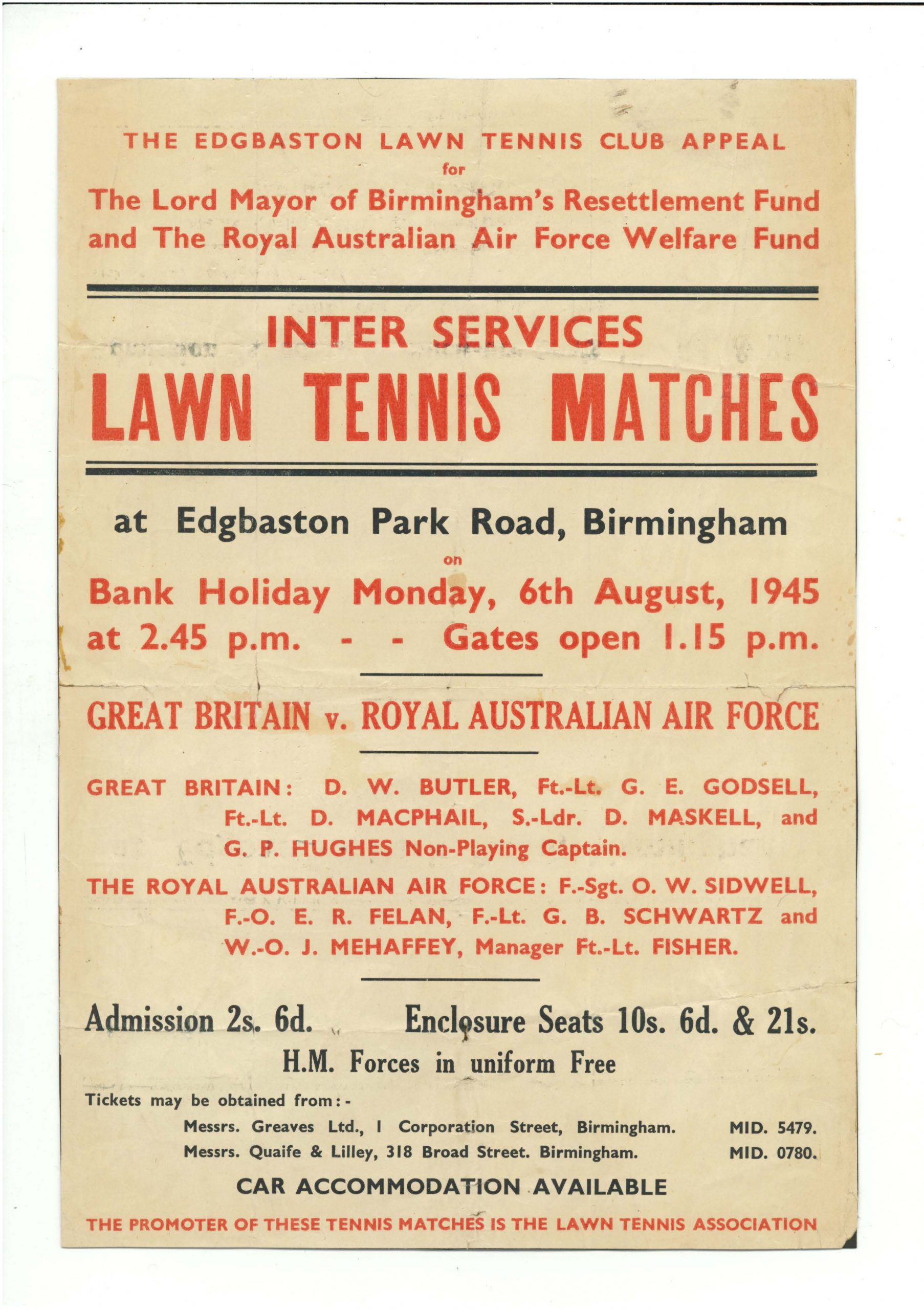