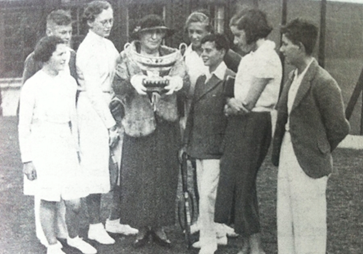 New evidence has come to light confirming the strong links between Edgbaston Priory Club and the earliest tournaments in British tennis. A letter has been made public from Maud Watson, the victor in the first Edgbaston tournament in 1881, and the first two Wimbledon Ladies’ singles competitions three and four years later, recording her gift to the Club of her trophy from SW19.

We know that Maud remained a loyal supporter of Edgbaston, and that in 1934, when she was made a life member, she donated the rose bowl to the Club. It is now the prize of the Birmingham Classic, the pre-Wimbledon tournament for the world’s best female players, held at Edgbaston Priory Club in June.

Maud Watson is pictured above in 1934 showing the rose bowl to Edgbaston juniors in 1934.

The new letter is Maud’s message at the time to J.H. Sabin, a member of the Club’s committee from 1920 to 1953, and Chairman of the Midland Counties Tournament. She tells him in her letter of 21st April 1934 that the trophy is held safely at the Midland Bank in Coventry, and that she would be delighted to see it put to use by the Club. 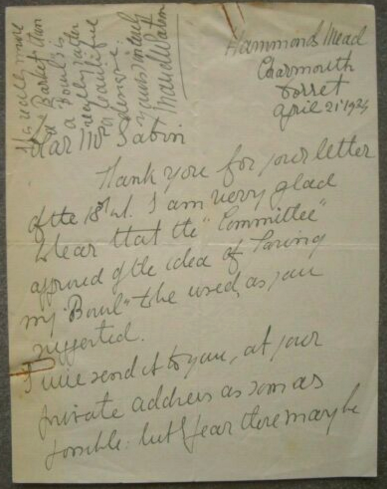 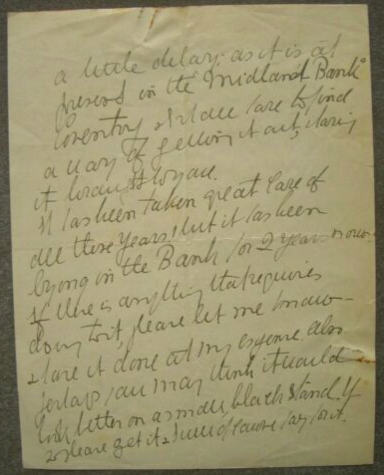 I am very glad to hear that the Committee approved of the idea of having my Bowl to be used as you suggested … It has been taken great care of all these years. … You may think it would look better on a small, black stand. If so please get it and I will of course pay for it. … It is really rather more of a basket than a bowl and is really rather a beautiful design.

The rose bowl orignally won by Maud Watson on her first Wimbledon title and then donated to the Club is now held aloft by the winner of the annual Birmingham Classic.  Pictured below is Ons Jabeur who won the tournament in 2021, the first ever Arab and Tunisian female tennis player to win a WTA title 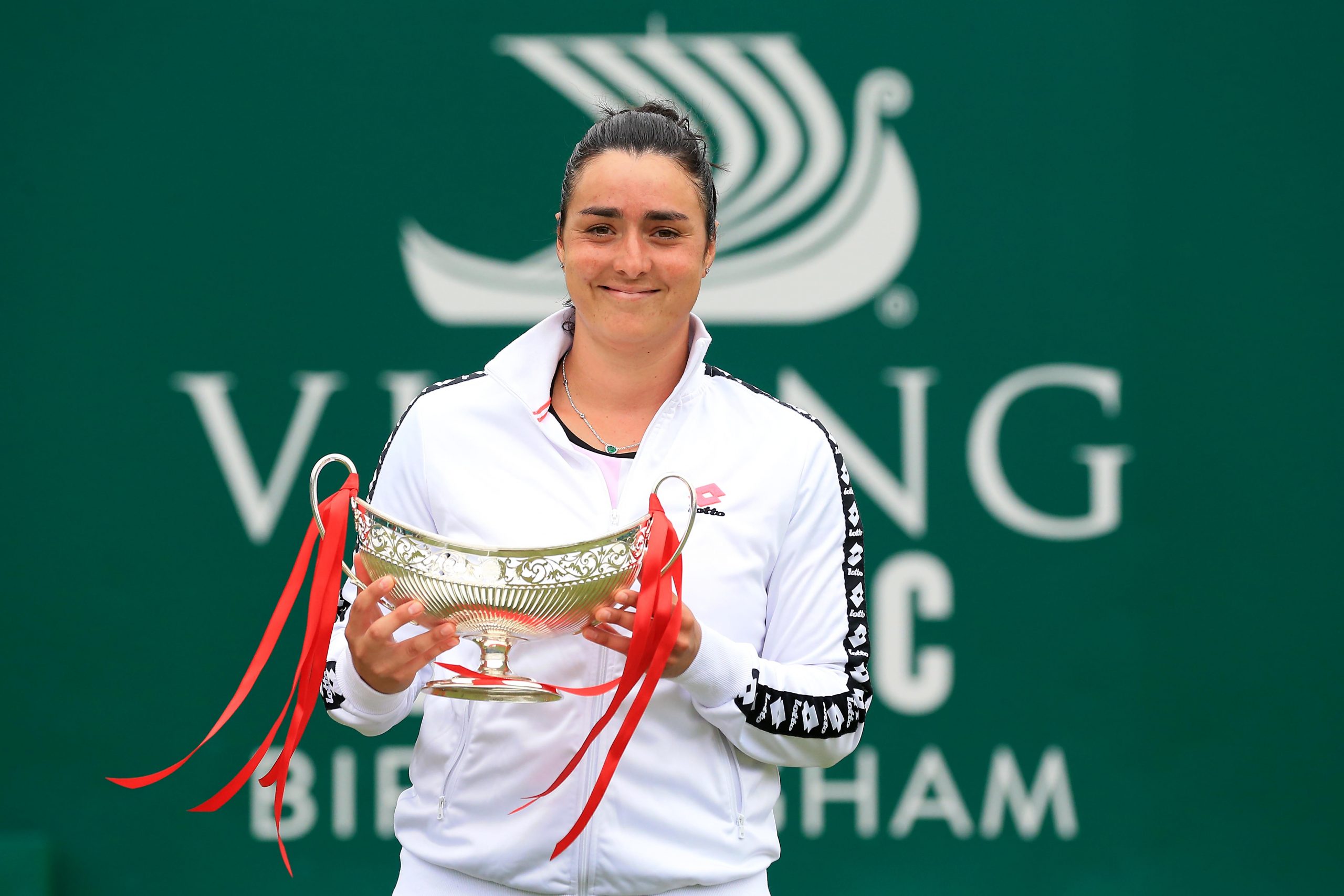