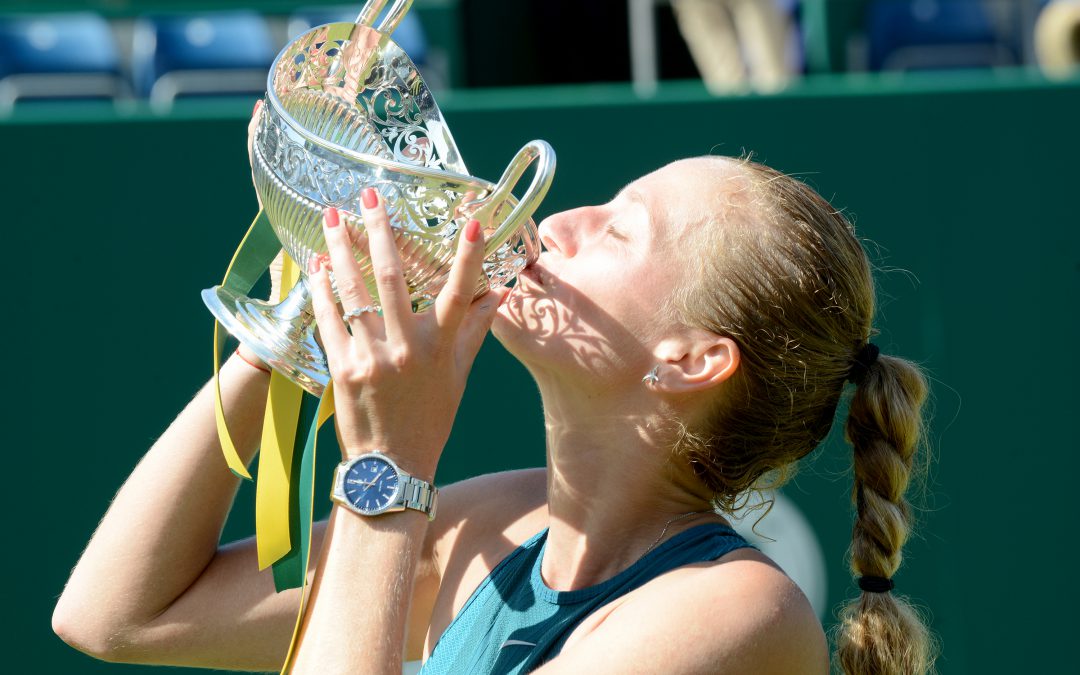 The LTA have announced that defending champion Petra Kvitova and former winner Madison Keys will join British No.1 Johanna Konta in what is set to be a star-studded player field at the LTA’s Nature Valley Classic Birmingham.

The tournament, which will take place from 15th – 23rd June at the Edgbaston Priory Club is the largest annual women’s event in the West Midlands and as a WTA Premier-level event, is the leading women’s-only UK professional tennis event held outside of Wimbledon.

Kvitova, who is a two-time Wimbledon champion, lifted the coveted Maud Watson Trophy in 2017 and 2018 and will be bidding to make history as only the second player in the tournament’s 37-year history to win it three times. Pam Shriver, who reigned supreme on the Edgbaston Priory grass courts from 1984-1987, is the only other player to achieve a hat-trick of titles.

Speaking ahead of the LTA Nature Valley Classic, Kvitova said: “Birmingham is one of the events on the calendar that I look forward to the most. I have beautiful memories from winning the title the past two years. The tournament has a special atmosphere and makes the players feel so welcome. It will be amazing to be back there this summer.”

Kvitova has been playing some of the best tennis of her career in recent months, including an impressive run to the final of the Australian Open which saw the Czech come close to taking the WTA World No.1 spot for the first time in her career. She is currently ranked No.3 in the world.

Keys won the WTA Premier title in Birmingham in 2016 and has also been a finalist at the 2017 US Open, a semi-finalist at the Australian Open and Roland Garros and a quarter-finalist at Wimbledon. She was also champion at the LTA’s Nature Valley International at Eastbourne back in 2014.

The American won her first WTA title of 2019 on Sunday, when she won the Volvo Car Open on clay in Charleston.

Echoing Kvitova’s sentiments about Birmingham, Keys commented: “Birmingham is such a wonderful event and I have some great memories of playing and winning there. It’s the perfect place to compete ahead of Wimbledon, especially as it always has such a strong line-up of top players which means that you know you’re going up against some of the best players in the world. I’m really looking forward to getting back on the grass there.”

A full list of players entered for this year’s Nature Valley Classic Birmingham will be released on week beginning 6th May.

Tournament Director for the LTA Nature Valley Classic Patrick Hughesman said: “The LTA has been hosting world-class women’s sport in Birmingham for 37 years now and the event gets bigger and better each year. The LTA’s mission is to open tennis up and providing local people with an opportunity to watch top-level tennis on their doorstep plays a big part in that.”

Tickets for this year’s Nature Valley Classic Birmingham and all other LTA major events are already on sale via: www.lta.org.uk/majorevents.

Member beneftis include Doubles Deal (4tickets for the price of three thorughout the weekend), Free Grounds Passes and a Family Ticket on finals Weekend.  Remember to use the Members code to claim these advantages.