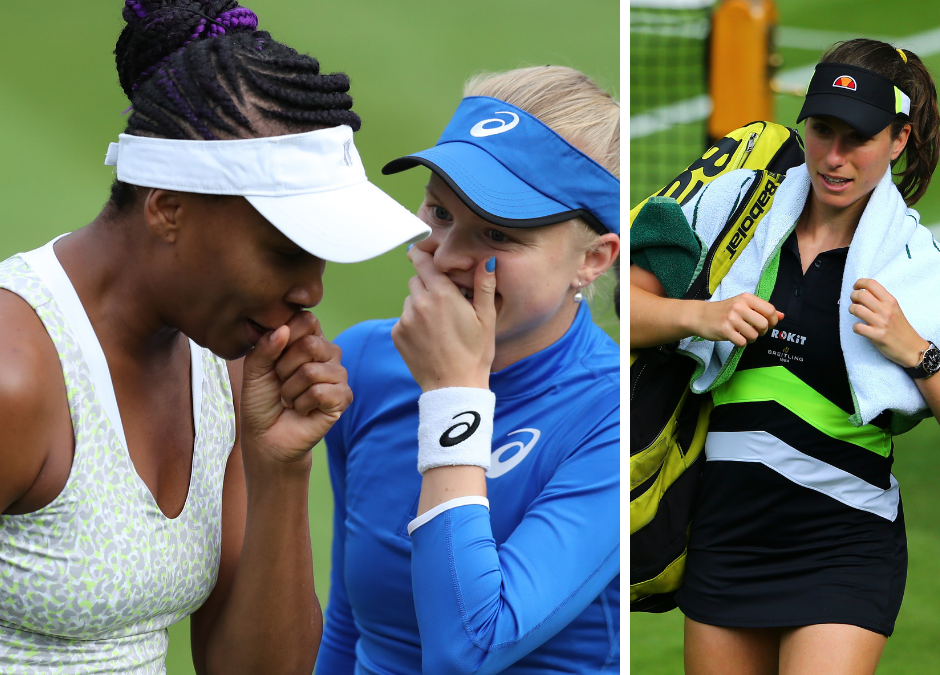 British No.1 Johanna Konta is through to the second round of the Nature Valley Classic in Birmingham, an LTA summer grass court event.

“I wouldn’t say like I’m fully adapted by any means,” said Konta, who eased past talented Estonian Anett Kontaveit 6-4 6-2. “But I think that will come with time and come with matches, but it’s a step in the right direction. It was nice to get some court time on the grass because the girls that maybe have had more time maybe haven’t played as much on the grass because the weather hasn’t been too kind so the fact to be able to play on the grass and play a match, I’m just really happy with that.”

Konta, who comes to the grass court season on the back of her best ever clay-court season, plays her next match on Wednesday against either former Roland Garros champion Jelena Ostapenko or Polish qualifier Iga Swiatek.

She was joined in the second round by World No.3 Karolina Pliskova, who proved too strong for Mihaela Buznarescu.

For the first time in the 38-year history of the Nature Valley Classic, the top three players in the world are competing, with top two seeds Naomi Osaka and Ashleigh Barty battling for the World No.1 ranking. Osaka, who won last year’s US Open and this year’s Australian Open, currently holds the top ranking but needs a strong showing this week in Birmingham to hold off the challenge from Barty.

Both women take to the grass courts on Tuesday, with Osaka playing talented Greek Maria Sakkari before Barty takes on Donna Vekic. Vekic will present a significant challenge, having shown her grass court prowess with her run to last week’s Nature Valley Open in Nottingham. Venus Williams also begins her singles campaign. The seven-time Grand Slam champion plays Aliaksandra Sasnovich in the first round on Tuesday.

Guernsey’s Heather Watson was outlasted 3-6 6-3 6-4 despite putting up a determined challenge against the experienced Czech.

“I thought I did a lot well today on the court. I thought particularly at the net. I won almost all the points where I came to the net,” said Watson. I mean, my chances were small, but she played very well and I am happy with my level. I’ve never really done well here in Birmingham in the past. I don’t know why because I feel like I play well. But going into Eastbourne next week I feel very positive.”

Londoner Harriet Dart said she felt honoured to share the court with Williams, despite the pair losing their first round doubles match to the accomplished pairing of Abigail Spears and Nadiia Kichenkok.

“I was a little bit nervous but it was such an amazing experience and something I’ll treasure for the rest of my life,” said Dart. “It’s great to learn from someone like her; she’s just an incredible champion.”

To purchase tickets or to access more information about the Nature Valley Classic, head to www.lta.org.uk/naturevalleyclassic. Centre court ticket prices start from just £12 for children under 16 and £30 for adults. Follow @LTA on Instagram, @LTA – Tennis For Britain on Facebook, or @the_LTA on Twitter to keep up to date with all the news surrounding the players’ journeys to the grass courts of Birmingham this summer.

The order of play for Tuesday 18th June may be found HERE.