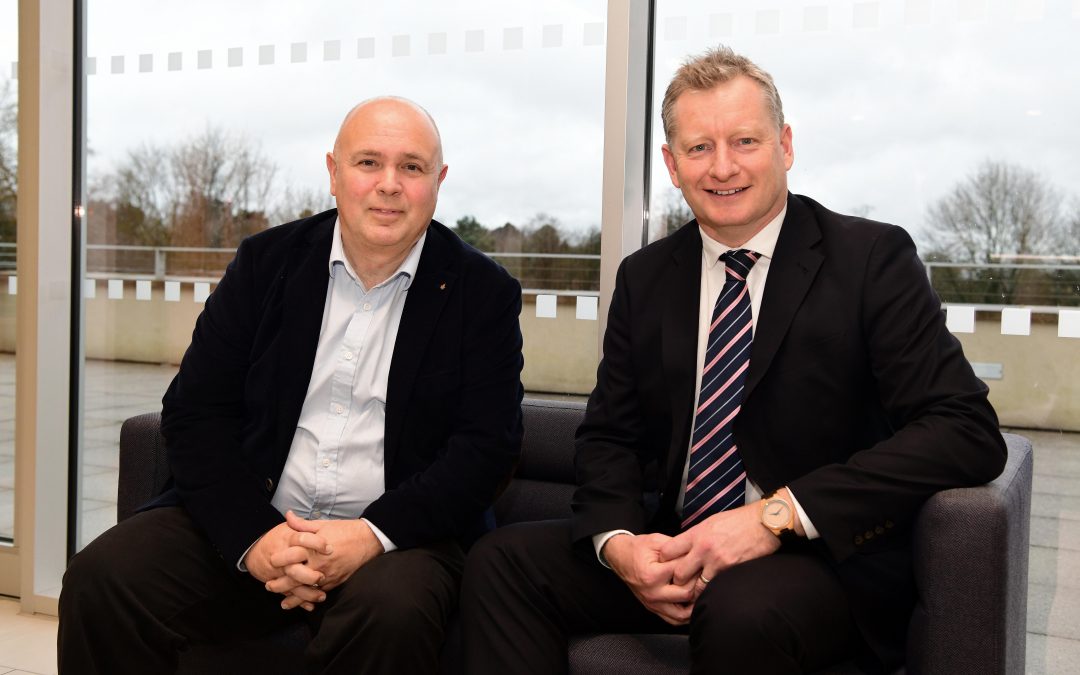 Former Worcestershire cricketer, Matt Rawnsley (pictured above right), has been appointed as Chief Executive of Edgbaston Priory Club.  He succeeds Rob Bray who left in December 2019, after 14 years in the role, to pursue opportunities outside the sports industry.

Matt started his career as a professional cricketer for Worcestershire before pursuing a career in industry and has held senior leadership positions at both Caterpillar and Barnes Group Inc.

Most recently, Matt was Chief Executive of Worcestershire County Cricket Club (WCCC) where he pioneered their ‘One Club’ strategy.  Following a significant change in direction at WCCC Matt decided to leave and seek new opportunities.

“Over the last decade, the club has seen a radical transformation of our facilities, modernisation of our services and substantial growth in our membership.  The combination of Matt’s sporting background, from grassroots to professional level, and commercial experience make him ideally placed to lead us into the next decade.”

With a history dating back to the birth of lawn tennis, Edgbaston Priory Club is one of the most prestigious private members’ racquets and leisure clubs in the country.

The Club is also recognised for hosting international tournaments – including the Nature Valley Classic, and the British Junior Open – and inspiring future generations of tennis and squash players through its innovative and award-winning community initiatives.

“It is a privilege and honour to be chosen to lead Edgbaston Priory Club as it enters a new decade in its distinguished history” said Matt Rawnsley.

“I look forward to working with the board, staff and stakeholders to deliver an exceptional experience for members whilst also encouraging more people to play tennis and squash so that Edgbaston Priory Club remains at the heart of racquet sport for generations to come.”

Matt Rawnsley takes up his position as chief executive of Edgbaston Priory Club on 3rd February 2020.