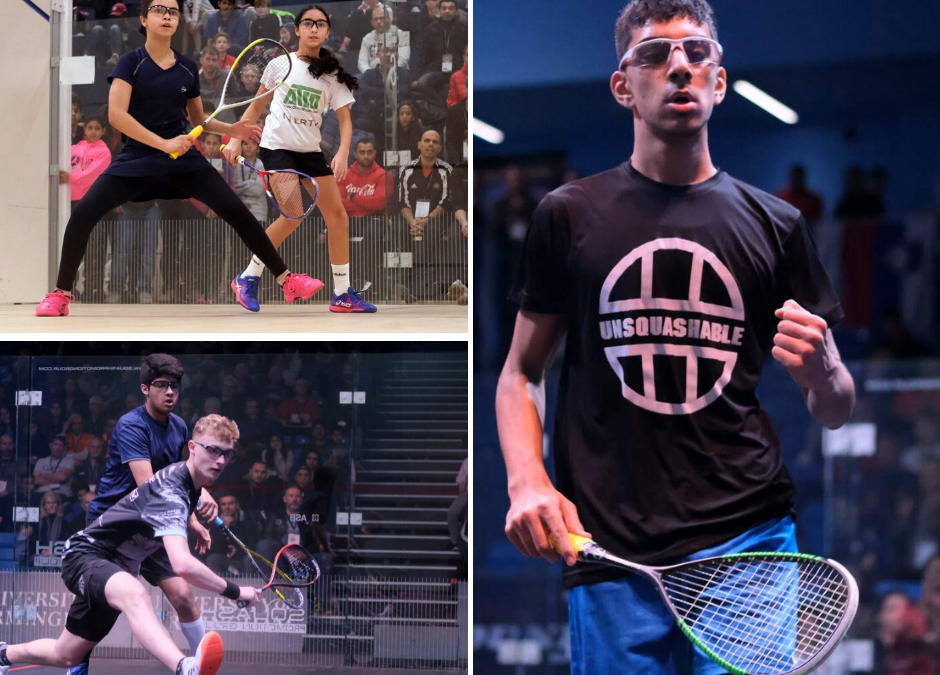 Malaysia’s [3/4] Harleein Tan struck first when she overpowered Egyptian favourite Jana Mohamed 3-0 in the GU11’s, then BU13’s top seed Mohamed Zakaria (Egypt) was taken out 3-0 in a whirlwind 21 minutes by compatriot [9/16] Ahmed Rashed.

“I lost to Aira in the quarters when I was top seed, so it was nice to get a bit of revenge,” said Aboulmakarim.

The upset put fire in the belly of Azman’s older sister [2] Aifa who kept her nerve to defeat GU19’s [3/4] Farida Mohamed (Egypt) 3-1 in a physical and compelling tussle as she moved one step closer to a fourth BJO title.

She will play Egyptian top seed Jana Shiha, who looked ominous in a brief encounter with Team USA’s [3/4] Marina Stefanoni and will be itching for her maiden BJO crown.

“I’ve played in the British Junior Open five or six times and I’ve never won a title and this is my last chance so hopefully I can win tomorrow,” said the World No. 84.

Malaysian boys U17’s [5/8] Ishant Shah put on a patient display to outmanoeuvre and ultimately frustrate his talented Egyptian opponent [5/8] Ahmed Aly 3-1 in 55 minutes to set up a clash with home favourite [1] Sam Todd, who is seeking a third BJO title.

Boys under 15 second seed Muhammad Humza Khan was rewarded for his persistence at this event as he set up a final with England’s [5/8] Yusuf Sheikh, who followed yesterday’s upset with a straight-games defeat of Khan’s fellow Pakistani Muhammad Ammad.

“I got to the semis two years ago and the quarters last year so it feels great to finally reach a final,” said Khan.

GU11 [2] Mariam Eissa of England warmed up for Monday’s final against Tan with another straight-games victory while BU11 [3/4] Seif Belal El Shal set up another all-Egypt final against [2] Yassin Kouritam.

Eissa, 10 said: “I’m very happy to reach the final beating really tough players from my first match all the way to the final. I have been working very hard and winning my fist BJO title would be great!”