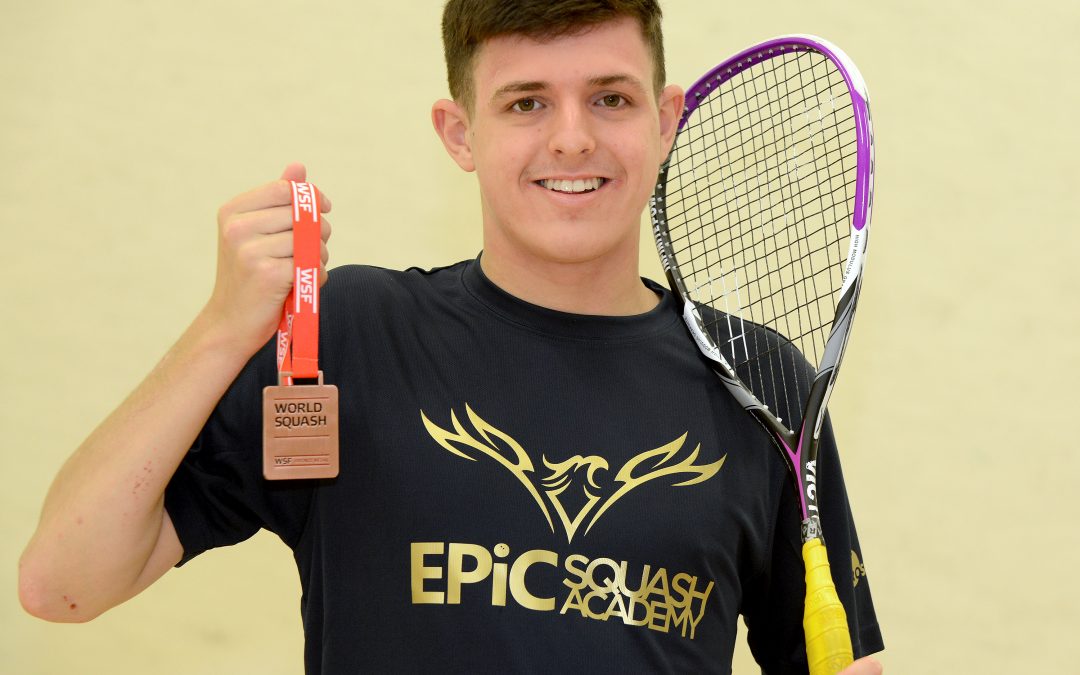 The Solihull boy played squash of the highest order and stole the show with three successive upsets which saw him become the first unseeded player in 15 years to reach the semi-finals of the event.

Anderson continued his winning run in the quarter-finals by seeing off India’s 9/12 seed Veer Chotrani, the Asian Junior champion in four: 11-8, 11-9, 9-11, 11-7 to set up a semi-final showdown with defending champion Mostafa Asal.

“Its been an amazing experience for me here, getting to the semi-finals.  Unfortunately Mostafa is a very good player, very strong and I just didn’t have enough in the tank after the three big wins.”

“My coach told me if I trained hard enough I could make the top four. He certainly believed in me. “

“Lewis has done himself, his club, county and country proud.  It is amazing to see how Lewis has developed from a junior club player at the the age of 8, to getting a bronze medal at this event.  It all bodes well for Lewis as he turns professional this summer.”

Edgbaston Priory Club offers a range of sqush courses for juniors, including an EPiC Academy which nurtures young squash players to reach their potential.

“It was fantastic to see Lewis emerge onto the big stage with a run of wins against top class juniors.”

Anderson’s performance capped off a successful week for the England squad which saw Sam Todd and Elise Lazarus reach the last eight and the England Women’s team win Bronze.