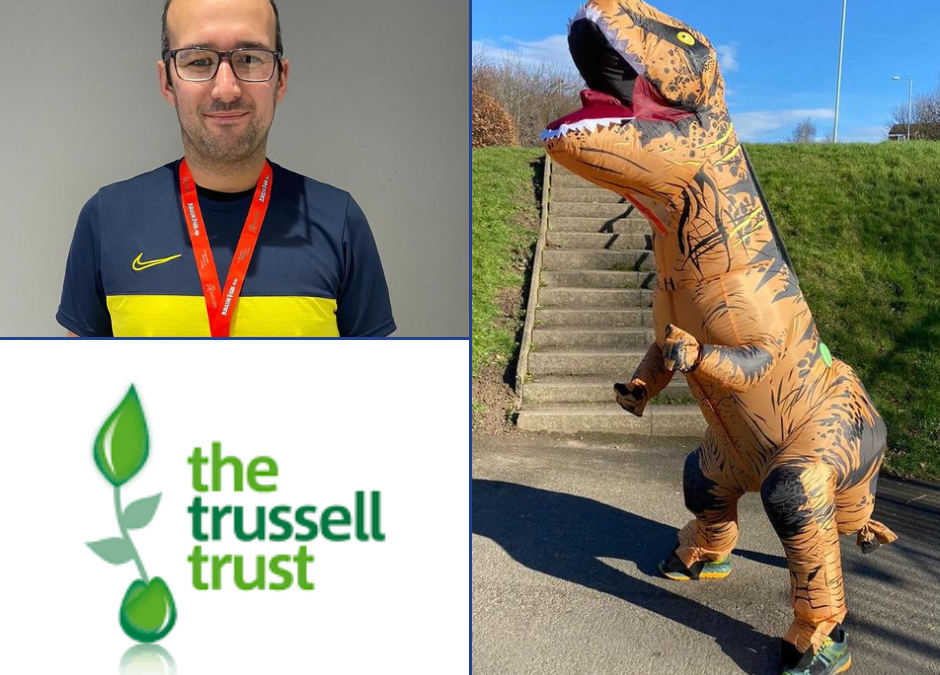 Congratulations to our Bar and Bistro Manager, Ryan Floyd, who raised a massive £3,700 in February by running the equivalent of two marathons dressed as a dinosaur.  All the monies raised will be donated to The Trussell Trust to help them make UK hunger extinct.

On 1st February, Ryan Floyd, who has been on furlough since November, set a fundraising target of £500 – 28 days later, with a few emergency repairs, he has run £103km, lost a stone and smashed his target by raising over £3k.

Speaking about the challenge, Ryan said:

As a parent I can’t imagine seeing my children go hungry, which is why I was inspired to support the work done by The Trussell Trust to end UK hunger.

Despite the challenge being incredibly tough, I’ve enjoyed every minute.  I’d like to thank everyone who has supported me by donating and cheering me on my routes. The money raised is amazing but just as awesome has been the support and reactions on the streets and online.

The Trussell Trust supports a nationwide network of food banks to provide emergency food and support to people locked in poverty, and campaigns for change to end the need for food banks in the UK.

Well done Ryan – the Edgbaston Priory Club family is so proud of you!